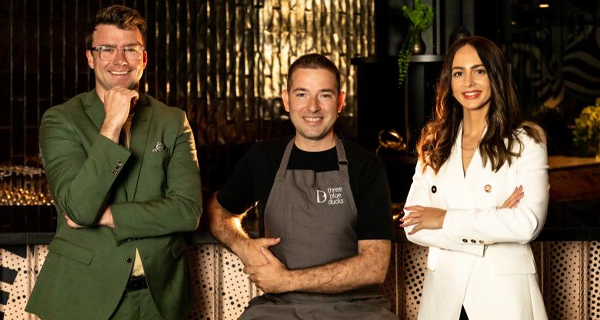 W Brisbane takes us backstage announcing three new appointments across the hotel’s marketing, managerial and food & beverage teams. The stellar new line up of talent will help the hotel pave the way for what’s to come in the hospitality industry.

Igniting a wave of new brand partnerships and food and beverage activations to be announced in the coming weeks, W Brisbane’s new talent have been instrumental in securing an epic schedule of events and programming at the hotel.

“We’re really excited to bring some of the country’s strongest talent to W Brisbane, and I congratulate our talent on their new positions at the hotel and look forward to seeing them grow and shine in their roles as they deliver exceptional experiences for our hotel guests. The talented new recruits are already working towards revitalising our menus across Three Blue Ducks and bringing exciting new consumer activations to Living Room Bar and in-room experiences, which will be announced over the coming weeks” said Haldon Philp, General Manager at W Brisbane.

W Brisbane is committed to bringing next level and meaningful experiences to all hotel guests. Always on the forefront of what’s new and next, the hotel’s new talent will amplify the service offering across their respective areas within the hotel to cement its position as a leader in the hospitality scene in Australia.

The new appointments include:

Hospitality marketing specialist Stacey Plaine joins the team at W Brisbane, bringing over 11 years of international marketing experience to the role. Stacey has worked with Marriott International for the majority of her career in the UK and Europe where she specialized in restaurant and bar marketing within a portfolio of 65 hotels across 9 brands.

During her time overseas, Stacey won a European F&B Incubator competition which led her to co-owning and running a successful rooftop bar in Mayfair, London. An award-winning marketer, she has also been recognised as a ‘Future Leader’ at the Restaurant Marketer & Innovation European Summit 2019, winner of the ‘Marriott European Marketing & Brand Leadership Award 2019’, and recipient of the ’30 Under 30 Award’ at the UK Restaurant Marketing & Innovation Awards in 2018.

“I look forward to drawing on insights I’ve developed working with over 100 restaurants and bars in my career, to bring innovative and impactful marketing campaigns to W Brisbane. I hope to bring an edge to the hotel’s programming, brand collaborations, consumer events and digital platforms.”

Jeremy Colahan joins W Brisbane as Hotel Manager to lead the day-to-day operations and programming at the hotel.

Jeremy brings over a decade of experience in the domestic hospitality industry, largely at award-winning large scale luxury hotels, to his role at W Brisbane. Jeremy previously occupied managerial positions at Four Points By Sheraton Brisbane, and most recently worked as Director of Rooms at Westin Hotels & Resorts Perth.

Passionate about inspiring and challenging his team to grow, Jeremy will lead talent at W Brisbane in creating meaningful experiences for guests and motivating them to achieve results in their personal career development.

Having completed his education and training in Poland, Pawel continued his international career over the subsequent 15 years working in world class restaurants in his home country of Poland, Ireland, Denmark, USA, Cyprus, Copenhagen, Fiji and Samoa, including at Michelin-starred Hotel D’Anglettere in Copenhagen.

Pawel’s philosophy on using the best local, seasonal produce available aligns with Three Blue Ducks’ paddock to plate ethos and commitment to shining a light on locally grown ingredients. Committed to delivering exceptional dining experiences to his guests, Pawel’s passion for food and respect of fresh produce will guide his work at W Brisbane.